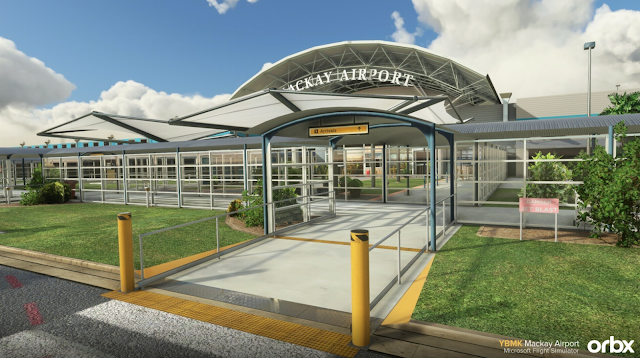 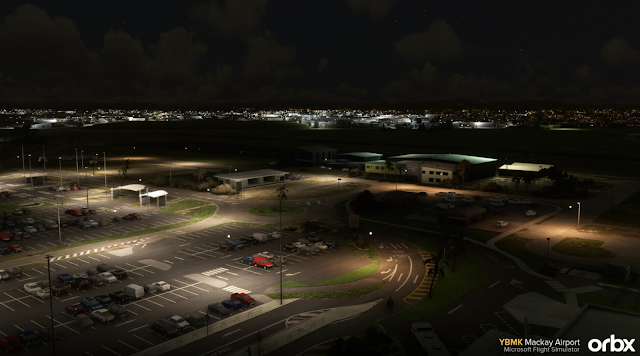 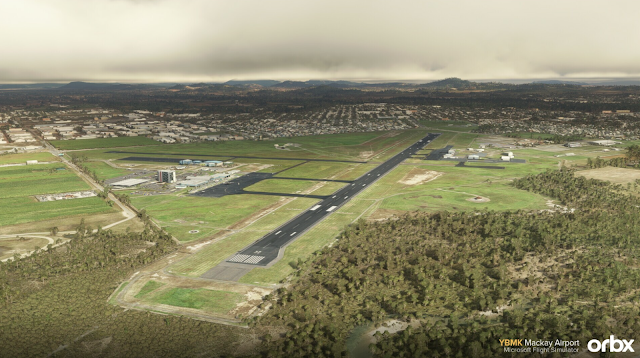 Orbx is pleased to announce the next Australian destination for Microsoft Flight Simulator - Mackay Airport! A debut project from Rob Byrne, Mackay is the first brand new Indie airport in Orbx's growing Australian catalogue for MSFS.
Mackay is a medium-sized city in North Queensland, with a flight of approximately 1h 20min in an A320 from Brisbane. It is a thriving mining and agricultural city with a growing tourism market as a gateway to the Whitsundays. Mackay Airport sees RPT services from Jetstar, Qantas/Qantaslink and Virgin Australia. With a 1900m (6500ft) sealed runway and multiple instrument approaches, Mackay can also serve as a training playground and a launching point for a tour of the Whitsundays.
Mackay is capable of handling a huge range of aircraft, including the 737 and A320. It is one of the relatively few airports in Australia where single-engine piston GA pilots get the chance to mix in with airliners.
Key Features
Stunning 15cm aerial imagery covering the airport and the immediate surrounds
Painstakingly detailed rendition of Mackay Airport with ultra-high resolution textures
Custom ground poly detailing specific to Australian airports
Terraformed runways, drainage channels, taxiways and aprons to reflect the natural and man-made landscaping
Debut project from indie developer Rob Byrne
Use of realistic PBR detailing