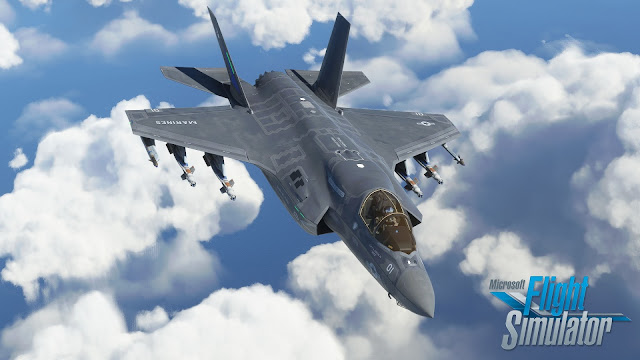 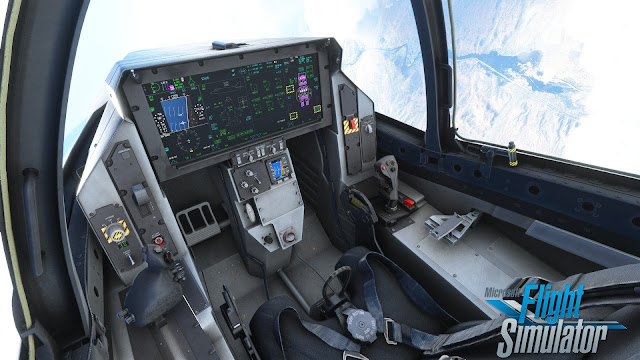 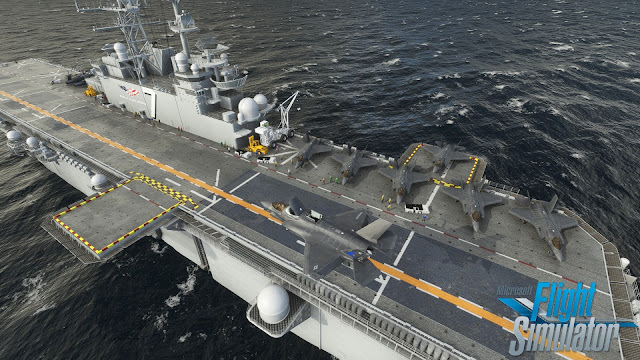 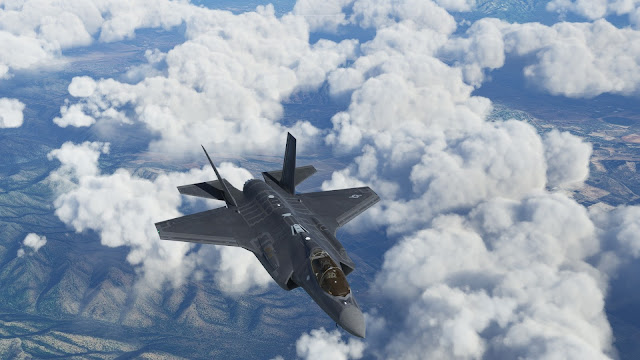 The Lockheed Martin F-35 Lightning II is an American family of single-seat, single-engine, all-weather stealth multirole combat aircraft that is intended to perform both air superiority and strike missions.

It is also able to provide electronic warfare and intelligence, surveillance, and reconnaissance capabilities.

The aircraft has three main variants: the conventional takeoff and landing (CTOL) F-35A, the short take-off and vertical-landing (STOVL) F-35B, and the carrier-based (CV/CATOBAR) F-35C.

Key features of this rendition for Microsoft Flight Simulator are:

- Detailed representation of the three variants of the aircraft, showcasing individual differences and commonalities.

- Detailed external visual model and cockpit, based on extensive research

- STOVL capabilities for the F-35B

The package only depicts the Vehicle Systems and some essential Mission Systems.

The following mission systems are NOT simulated:

THIS PRODUCT IS NOT ENDORSED BY THE LOCKHEED MARTIN CORPORATION

– Fixed color of BINGO line on MFD (was while, is yellow IRL)

– Changed ATC codes for all aircraft

– Increased battery capacity for all variants