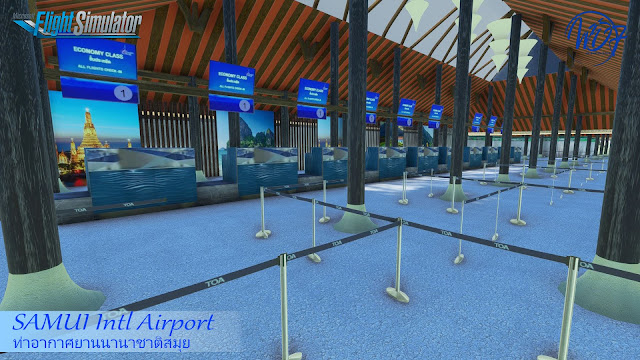 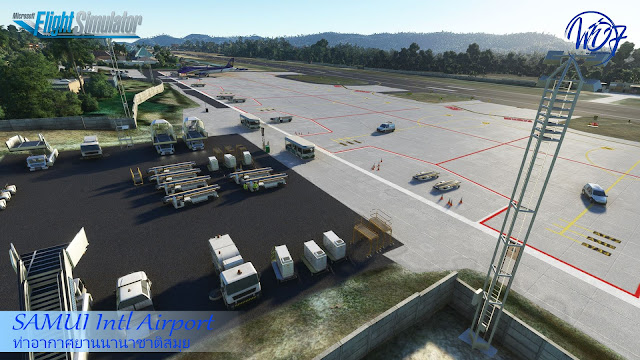 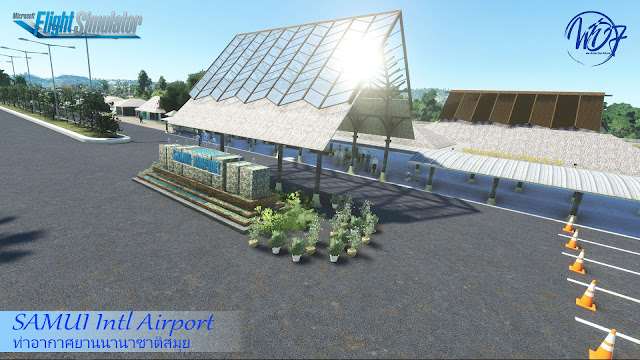 Samui International Airport (ท่าอากาศยานนานาชาติสมุย) - a civil airport, was built by Bangkok Airways. Construction began in 1982 and officially opened in April 1989. ICAO: VTSM
The scenery is covers the entire airport area and includes such buildings as:
- Thai Airways Ticket Office
- Check-In Terminal;
- Departure Terminal Domestic/International;
- Duty Free;
- Gates;
- Khao Hua Jook Pagoda;
- Viewpoint near the end of runway 17;
and many many other buildings.
Animation:
- International and Domestic Baggage Claim area with animation.
- There is also some animation of apron buses.
- After the calling fuel tanker, you can see that the car is moving from a special area.
It takes longer than a typical airport, but adds more realism.
Include VTSM aerodrom chart.