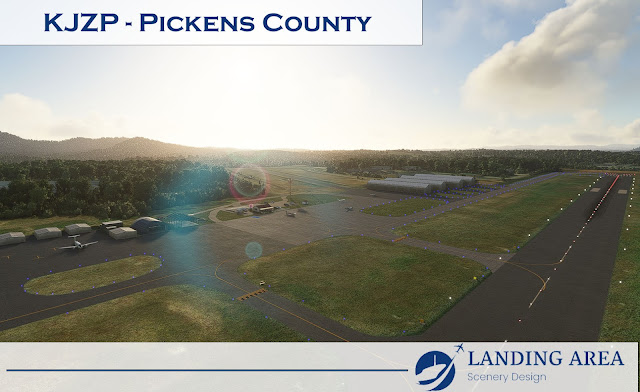 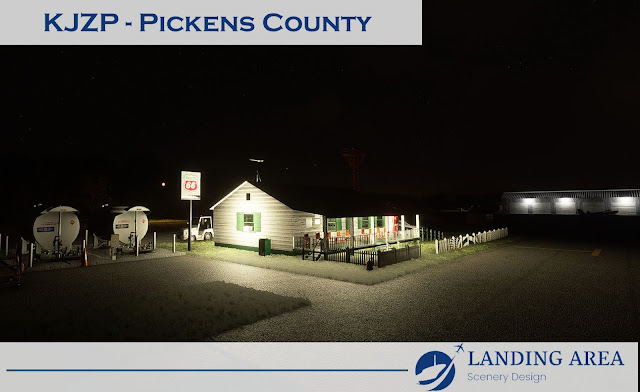 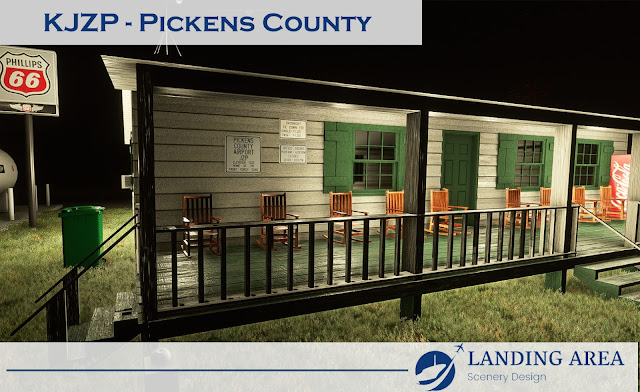 Pickens County Airport (ICAO: KJZP, FAA LID: JZP) is a county-owned, public-use airport in Pickens County, Georgia, United States. It is located two nautical miles (3.7 km) southwest of the central business district of Jasper, Georgia. As per the FAA's National Plan of Integrated Airport Systems for 2009-2013, it is classified as a general aviation airport.
Pickens County Airport covers an area of 137 acres (55 ha) at an elevation of 1,535 feet (468 m) above mean sea level. It has one runway designated 16/34 with an asphalt surface measuring 5,000 by 100 feet (1,524 x 30 m).
For the 12-month period, the airport had 30,660 general aviation aircraft operations, an average of 84/per day. At that time there were 83 aircraft based at this airport: 78 single-engine, 3 multi-engine, and 2 helicopter.
Features
HD airport buildings and detailed objects
Accurate track and apron
PBR textures
High level of airport details