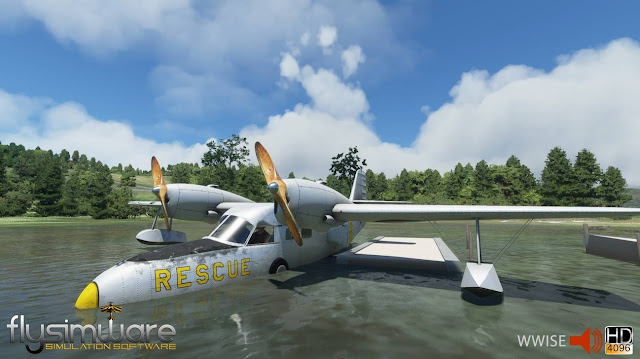 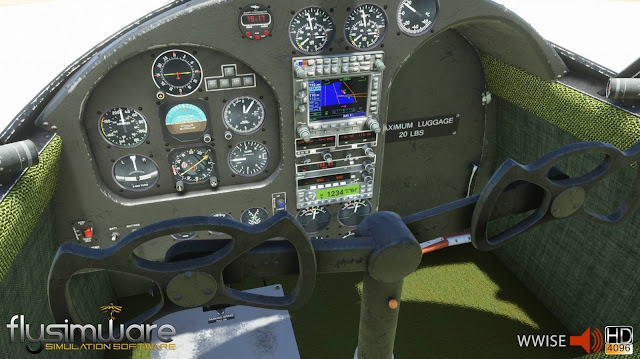 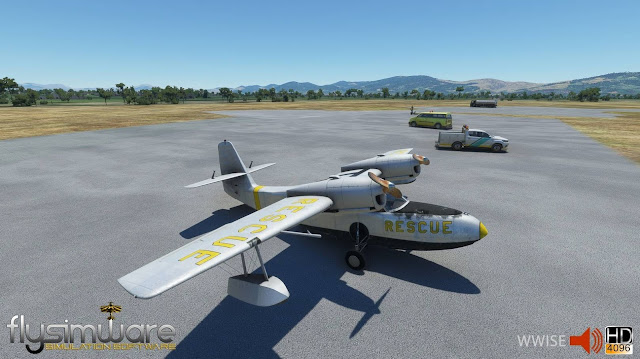 The G-44A is an American high-wing, twin-engine, amphibious light aircraft produced by the Grumman Aerospace Corporation. In the late 1930s, Grumman envisioned a smaller version of its G-21 Goose, which had proven successful as a business transport aircraft. Called the Widgeon, the prototype of the aircraft first flew in July of 1940, intended for the civil market. World War II intervened, however, and the production aircraft entered service for the militaries of the United States and Great Britain. At the end of the conflict, Grumman revisited the civilian concept for the airframe and released the G-44A Widgeon.
The G-44A, with seating for six including the pilot, quickly became well known as a reliable, durable machine eminently capable of operation from both land and water, notably in austere and remote areas like those of Alaska. The Widgeon is driven by two wing-mounted Ranger 6-440-C5 six-cylinder engines that each produce 200 HP. The aircraft has a maximum speed of 160 MPH, a climb rate of 1,750 feet per minute and a ceiling of 18,000 feet above sea level. A classic gem in the history of aviation, the Grumman G-44A Widgeon allows pilots to access the sky from either land or water, and do so confidently. From inside the cockpit of the burly machine, aviators can launch into the heights from a modern airport, then touch down on a river deep in the back country, then leap again into the air from the shore. A go-anywhere craft, the Widgeon provides one of the rarest opportunities to be found in the world of aviation, one that combines piloting with exploration.
Features
Real-world operational
Realistic flight dynamics
4K full PBR textures
Interactive environment sounds produced through Wwise
Custom coding for real-world gauges and animations
Garmin GTX327 / Garmin GMA 340 / Garmin GNS 530
Bendix ADF KR 87 / Bendix DME KN 62A
High quality pilots
Windshield rain visuals
Full exterior icing visuals
Parking mode / chocks / tie-downs / engine plugs
Full custom-coded checklist with interactive co-pilot
Paint themes
US Navy V202 – Military
US Coast Guard V203 – Military
US Rescue – Military
Italian Navy N141R – Military
N24475 – Civilian
Changelog:
v1.7.0:
– Parking Brake ‘ON’ for cold and dark states.
– Navigation light effects are now larger.
– Attitude bank card animation updated for accuracy.

You can support Flightsimaddons here