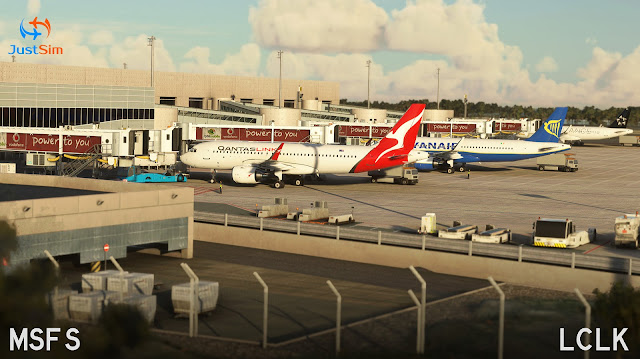 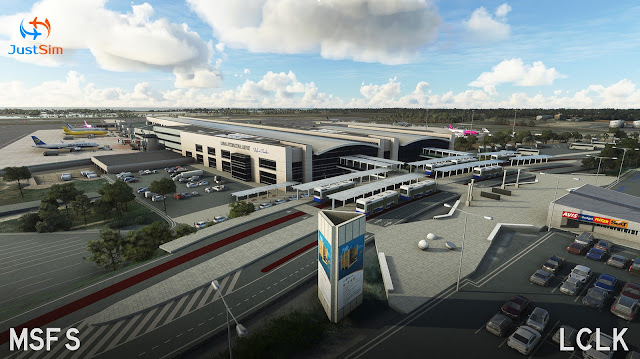 Larnaca International Airport (IATA: LCA, ICAO: LCLK) is an international airport located 4 km (2.5 mi) southwest of Larnaca, Cyprus. Larnaca International Airport is Cyprus' main international gateway and the largest of the country's two commercial airports, the other being Paphos International Airport on the island's southwestern coast.
Larnaca Airport was hastily developed towards the end of 1974 after the invasion of Cyprus by Turkey on 20 July of the same year, which forced the closure of Nicosia International Airport. The site on which it was built (near the Larnaca Salt Lake) had been previously used as an airfield in the 1930s and, subsequently, as a military installation by British forces. Larnaca International opened on 8 February 1975, with only limited infrastructure facilities and a prefabricated set of buildings comprising separate halls for departures and arrivals. The first airlines to use the new airport were Cyprus Airways, using Viscount 800s leased from British Midland, and Olympic Airways, using NAMC YS-11s. Initially, the runway at Larnaca International was too short for jet aircraft
Operations
The status of Cyprus as a major tourist destination means that air traffic has steadily risen to over 5 million passengers a year. This is double the capacity the airport was first designed for. For this reason, a tender was put out in 1998 to develop the airport further and increase its capacity. Already completed elements of the expansion include a new control tower, fire station, runway extension, and additional administrative offices. The surrounding road network was improved by upgrading the B4 road and by completing the A3 Motorway. A new junction has been constructed near the new terminal. The new terminal was built some 500–700 m (1,600–2,300 ft) west of the old terminal, adjacent to the new control tower, with new aprons and jetways. The old terminal building is slated to be partially demolished and refurbished as a cargo centre, and is currently used as a private terminal for visiting heads of state, VIPs, and private aircraft operators.
The airport's geographic location in-between Europe, Africa, Russia and the Middle East facilitates it as an airline hub for traffic and flight operations between these locations. It currently holds domestic, regional and international passenger and cargo services by over 30 airlines.
v1.1.0:
– The lighting on the masts has been fixed
– Built with new SDK