Nice  is the seventh most populous urban area in France and the capital of the Alpes-Maritimes department. The metropolitan area of Nice e... 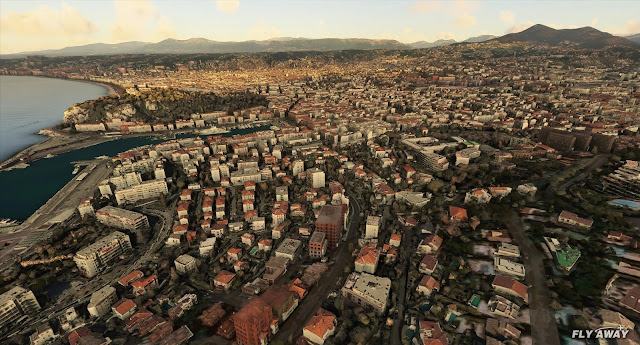 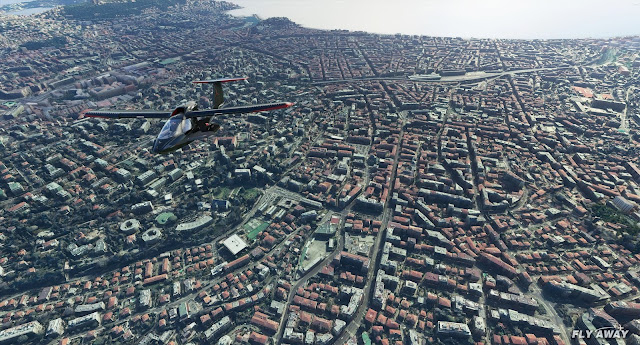 Nice  is the seventh most populous urban area in France and the capital of the Alpes-Maritimes department. The metropolitan area of Nice extends beyond the administrative city limits, with a population of nearly 1 million on an area of 744 km2 (287 sq mi). Located in the French Riviera, on the south east coast of France on the Mediterranean Sea, at the foot of the Alps, Nice is the second-largest French city on the Mediterranean coast and the second-largest city in the Provence-Alpes-Côte d'Azur region after Marseille. Nice is approximately 13 kilometres (8.1 mi) from the principality of Monaco and 30 kilometres (19 mi) from the French-Italian border. Nice's airport serves as a gateway to the region.
The city is nicknamed Nice la Belle (Nissa La Bella in Niçard), which means Nice the Beautiful, which is also the title of the unofficial anthem of Nice, written by Menica Rondelly in 1912. The area of today's Nice contains Terra Amata, an archaeological site which displays evidence of a very early use of fire 380,000 years ago. Around 350 BC, Greeks of Marseille founded a permanent settlement and called it Nikaia, after Nike, the goddess of victory. Through the ages, the town has changed hands many times. Its strategic location and port significantly contributed to its maritime strength. For centuries it was a dominion of Savoy, and was then part of France between 1792 and 1815, when it was returned to the Kingdom of Piedmont-Sardinia until its re-annexation by France in 1860.
The natural environment of the Nice area and its mild Mediterranean climate came to the attention of the English upper classes in the second half of the 18th century, when an increasing number of aristocratic families took to spending their winters there. In 1931 following its refurbishment the city's main seaside promenade, the Promenade des Anglais ("Walkway of the English") was inaugurated by Prince Arthur, Duke of Connaught, and owes its name to visitors to the resort. These included Empress Victoria of India along with her son Edward VII who spent winters there, and Nice born Henry Cavendish, who discovered hydrogen.
The clear air and soft light have particularly appealed to notable painters, such as Marc Chagall, Henri Matisse, Niki de Saint Phalle and Arman. Their work is commemorated in many of the city's museums, including Musée Marc Chagall, Musée Matisse and Musée des Beaux-Arts. International writers have also been attracted and inspired by the city. Frank Harris wrote several books including his autobiography My Life and Loves in Nice. Friedrich Nietzsche spent six consecutive winters in Nice, and wrote Thus Spoke Zarathoustra here. While Anton Chekov completed writing his play Three Sisters when he was living in the city.
Nice's appeal extended to the Russian upper classes, Prince Nicholas Alexandrovich, heir apparent to Imperial Russia died in Nice and was a patron of the Russian Orthodox Cemetery, Nice where Princess Catherine Dolgorukova, morganatic wife of the Tsar Alexander II of Russia, is buried. As are General Dmitry Shcherbachev and General Nikolai Yudenich leaders of the anti-Communist White Movement.
Those interred in Nice at the Cimetière du Château, include celebrated jeweler Alfred Van Cleef, Emil Jellinek-Mercedes, founder of the Mercedes car company, film director Louis Feuillade, poet Agathe-Sophie Sasserno, dancer Carolina Otero, Asterix comics creator René Goscinny, The Phantom of the Opera author Gaston Leroux, French prime minister Léon Gambetta, and the first president of the International Court of Justice José Gustavo Guerrero.
Nice has the second largest hotel capacity in the country and it is one of its most visited cities, receiving 4 million tourists every year. It also has the third busiest airport in France, after the two main Parisian ones. It is the historical capital city of the County of Nice (Comté de Nice).
GPS: 43° 42′ 12.24″ N, 7° 15′ 58.68″ E
Addon history:
v1.0: initial release
v2.0: overall optimization:
This is a major update that optimizes the package, as it drastically reduces the number of texture files:
- less files on the package:
before: 27197 files
after: 2021 files
- reduced CPU footprint
- reduced loading time at startup
- less CPU load, so it can leads to better perfs depending on the config
- better road traffic integration
v2.1: Fix some texture flickering issues
v3.0: Fix a big issue with the LOD management system, due to the way Google Earth Decoder places and sizes the tiles. Now, there should not be any FPS issues, and framerate should be better and more consistent
Installation:
Extract both nice, nice2 and allianzriviera folders into the Community folder