The sceney here is a good chunk of Edinburgh and includes Arthurs Seat, the extinct volcano which Edinburgh surrounds. Sadly it doesn't ... 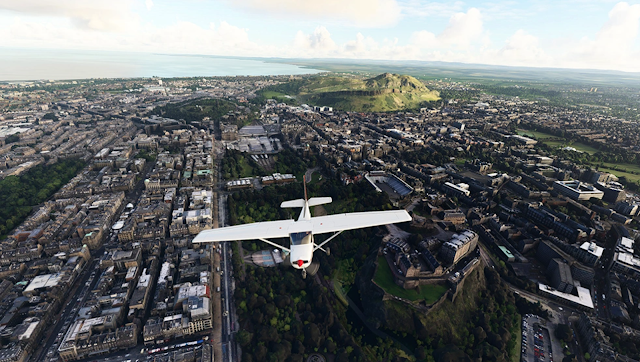 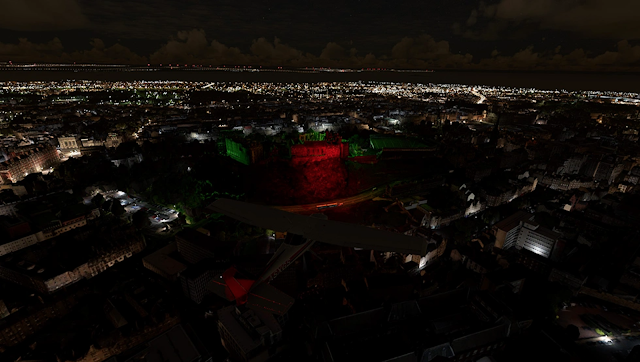 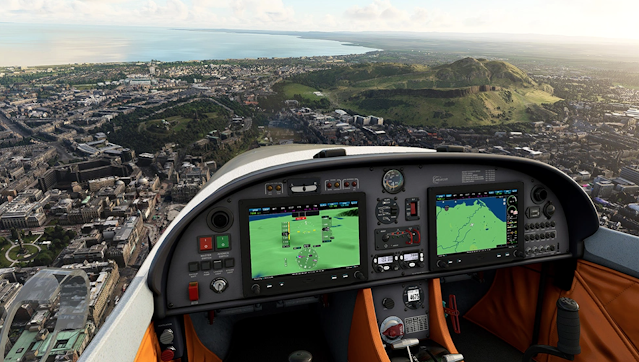 The sceney here is a good chunk of Edinburgh and includes Arthurs Seat, the extinct volcano which Edinburgh surrounds. Sadly it doesn't feature much of Leith or Portobello but I might bring those in as a future project. The scnery was grabbed in very high detail from Google maps as I wanted it to be as photorealistic as possible in the sim. As such its a large file, almost 2GB unpacked, so you may expereince big FPS drops depending on the power of your graphics card.

There are a few known rough edges. I'm still on a big learning curve with the SDK and if I'd known at the start what I know now I would have done things a little differently. Edinburgh is a very hilly city so it was difficult getting the scnery boundery to merge seamlessly with the default scenery. I've hidden the join in most cases but its not as good as it could be. I may re-do it from scratch at somepoint. The main thing is its much, much better than the current in game version of the city.

Interstingly Google must have photographed the city in August during the world famous Edinburgh festival as the festival is clearly visible in various locations. See if you spot them. Also, during the festival Edinburgh castle is lit up in different colours so I've replicated that here too. For some reason the clip distance of the coloured lights isn't great though so you have to get close to the castle to see them. If anyone knows how to sort this please get in touch and I'll update it.