Traffic Global has been designed for the latest incarnations of Flight Simulator X and Prepar3D. It features thousands of individual commerc... 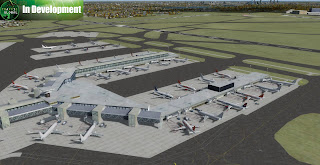 Traffic Global has been designed for the latest incarnations of Flight Simulator X and Prepar3D. It features thousands of individual commercial airline AI aircraft that have been built from the ground up to provide unprecedented levels of realism and immersiveness.
The traffic database that powers the AI flights is sourced from the same suppliers that power many of the popular ‘flight tracking’ apps and websites, thus providing our most realistic representation of real-world airport traffic yet.
Accurate commercial flight plans based on real-world airline schedule data, giving full worldwide coverage of commercial airline traffic
General Aviation - an extensive schedule of General Aviation flights, using default aircraft, spanning the globe
Detailed but FPS-efficient aircraft models - carefully designed aircraft that will bring your airports to life and also keep airport operations running smoothly. Aircraft include great features such as 2048x2048 livery and night lighting textures, animated engine fans, authentic night lighting, realistic sounds by Turbine Sound Studios and integrated external lighting effects.
Covers all the latest and most common aircraft types which are currently in use, including the 787, A380, A320neo and A350.
Customisable - powerful tools let you explore and take full control of the supplied AI schedules. You can also create and edit your own database of custom single-leg or multi-leg AI traffic flights and add your own repaints.
DOWNLOAD